If you are looking for some anime like Hundred, this is just the right place to be. Below, we have curated a list of 11 Best anime like hundred you should watch for sure.

If you are looking for some anime like Hundred, this is just the right place to be. Below, we have curated a list of 11 Best anime like hundred you should watch for sure. 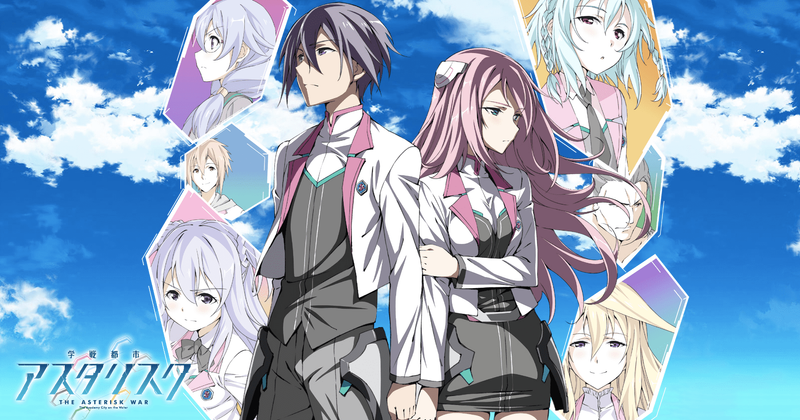 Long after an epic catastrophe, Invertia, caused a complete change in the world’s power balance, a group known as the Integrated Enterprise Foundation rose to power. Additionally, a new breed of humans known as Genestella also emerged.

Asterisk follows the story of a student, Ayato Amagiri, who has just transferred into one of the six most elite schools for Genestella students, where students learn to control their powers. Unfortunately, Ayato gets off to a rough start,  when he accidentally sees a girl changing which leads to her challenging him to a fight.

However, Ayato has no real interest in fights and has joined the school with an  alternative motive.

Both the anime have highschool stories with students who fight using a magical weapon. The main lead of both anime is a dark haired guy in a harem situation with various girls, and both have the classic subtypes of girl in

If you are a fan of Hundred, you’ll certainly like this one. 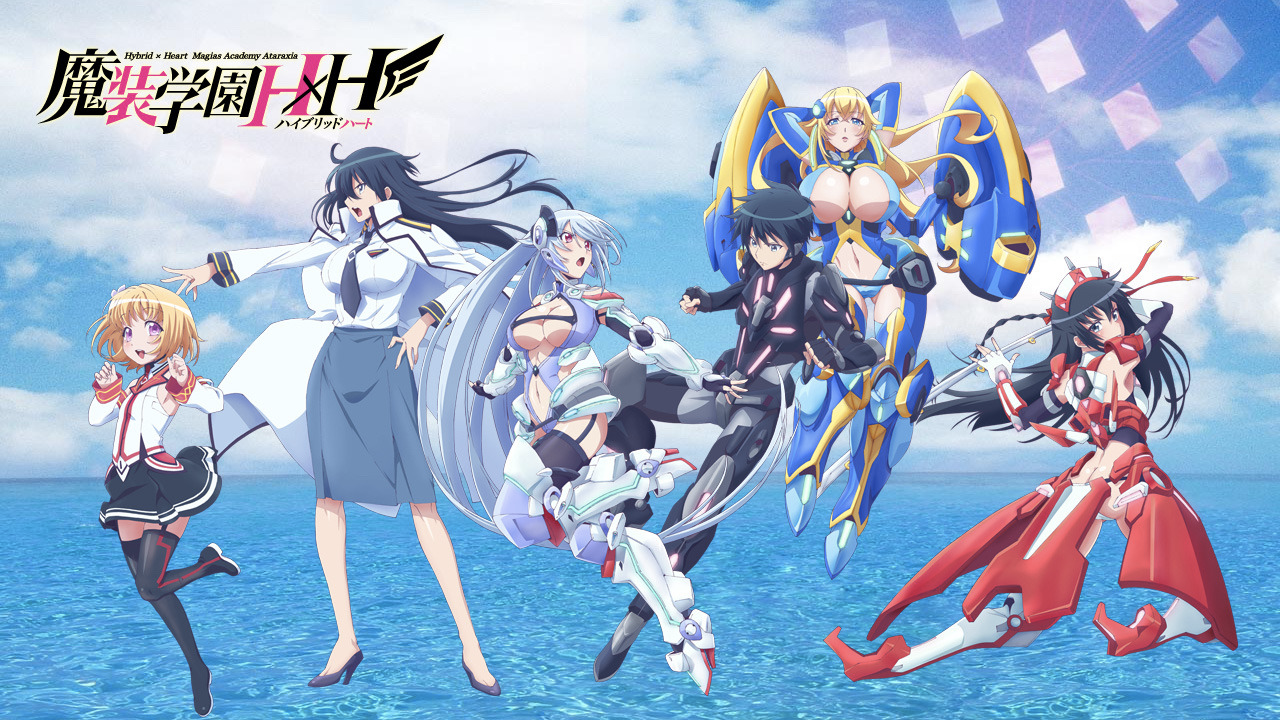 The anime features Hida Kizuna who possess the Heart Hybrid Gear ability. His elder sister asks him to transfer to a defense school, where many of the students (most which are large-breasted girls) use their abilities to fight invaders from another realm.

The story and even the characters, has similarity with the Hundred.Both feature one male and many female harem. The main leads, who can materialize weapons from their soul are called “Blazers,” and they enroll in Kouryou Academy High School in order to hone their abilities.

Each student partners with another, in a hope to form the pair that can attain the power of Absolute Duo. Tooru Kokonoe attend this academy in order to achieve power after his sister and friends were slaughtered  by a mysterious man.

At the opening ceremony, he is forced to fight against the person sitting next to him. As Tooru prepares to win at any cost, it is not a weapon that manifests from his soul, but a shield, a peculiar power which catches the attention of a foreign student named Julie Sigtuna.

Opening of the dimensional gates besides causing damage also awake a psychokinetic power that enabled a tiny portion of humans to gain extraordinary psychic powers.

With help from these psychic warriors, governments around the world were able to take control and defeat the beasts. After numerous suffering, the people of earth, succeeded in closing the gates.

These psychics began to be called as “CLOSERS,” and the invasion of the dimensional monsters was named the First Dimensional War. The CLOSERS who survived the War becomes part of an organization called UNION.

Both anime carry similarity with people awakening a power to help them fight inter-dimensional beings and save the world.

Shidou after being rescued by an anti- Allien strike team, he joins the team to combat the aliens, But Shidou discovers non-violent way to neutralize these aliens peacefully : he makes them fall in love.

Both the anime explore about space life forms, with Hundred being a bit ecchi, while Date A Live carry more romance. In Hundred, they fight aliens with technology and the lead uses the girls for assistance.

While, In Date A Live, the girls are “aliens” and its the protagonists’s job to tackle them with his abilities of winning a girl over. Both Anime use what space as centre points in the plot.

This anime is like Hundred as both are the perfect example of a typical harem anime.

Lux is challenged by her to a Drag-Ride duel. Lux who was once called the strongest Drag-Knight, is now known as the “undefeated weakest” Drag-Knight because he does not attack in battle. After his fight with Lisesharte, Lux ends up attending the female-only academy that trains royals to be Drag-Knights. 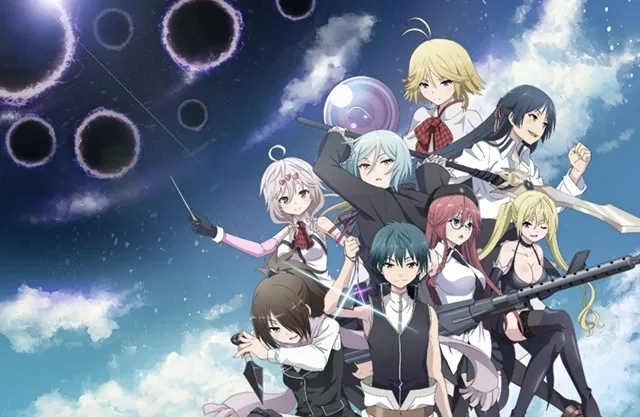 Both Hundred and Trinity are excellent harem anime that feature a powerful main lead with mysterious super powers. The ending and Character development is basically the same. Both the anime consist of characters who use weapons to kill alien invaders. The two anime also have a locked away “patient 0” changed in someway from their interaction with the alien invaders and research on this change is what allowed the characters to create the weapons they use to fight off the alien species. 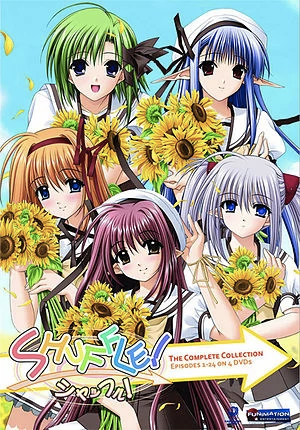 Both Shuffle and Hundred are school based harem animes with supernatural drama. Shuffle features different races like the gods and demons who have magic built up in their bodies, while Hundred just has people skilled to use the hundred weapons. One more similarity between the two is that both main characters are really confused and don’t really know which girl they want to choose from the beginning.

Is It Wrong To Try To Pick Up Girls In A Dungeon? 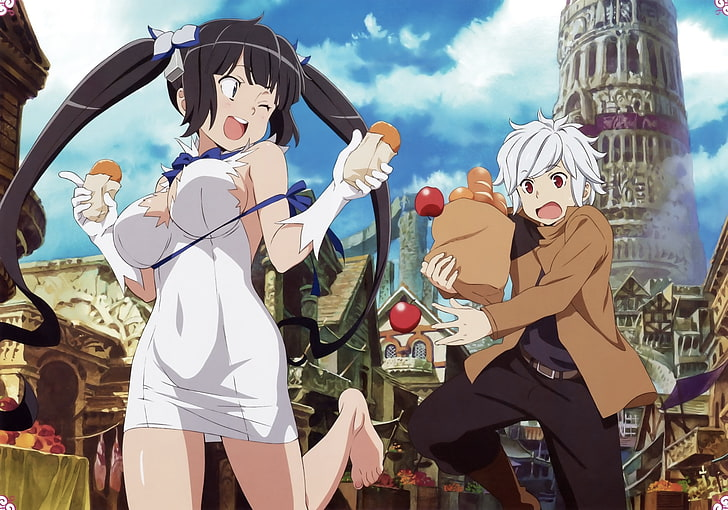 The city of Orario, commonly known as the “Dungeon,” hides a huge labyrinth in the underground. The strange name allures excitement, illusions of honor, and hopes of romance with a pretty girl.

In this city of desires, new adventurer Bell Cranel has his fateful encounter with a tiny Goddess Hestia and thus kicks off the story of a boy striving to become the best adventurer and a lonely goddess searching for followers, both working together to fulfill their goals. 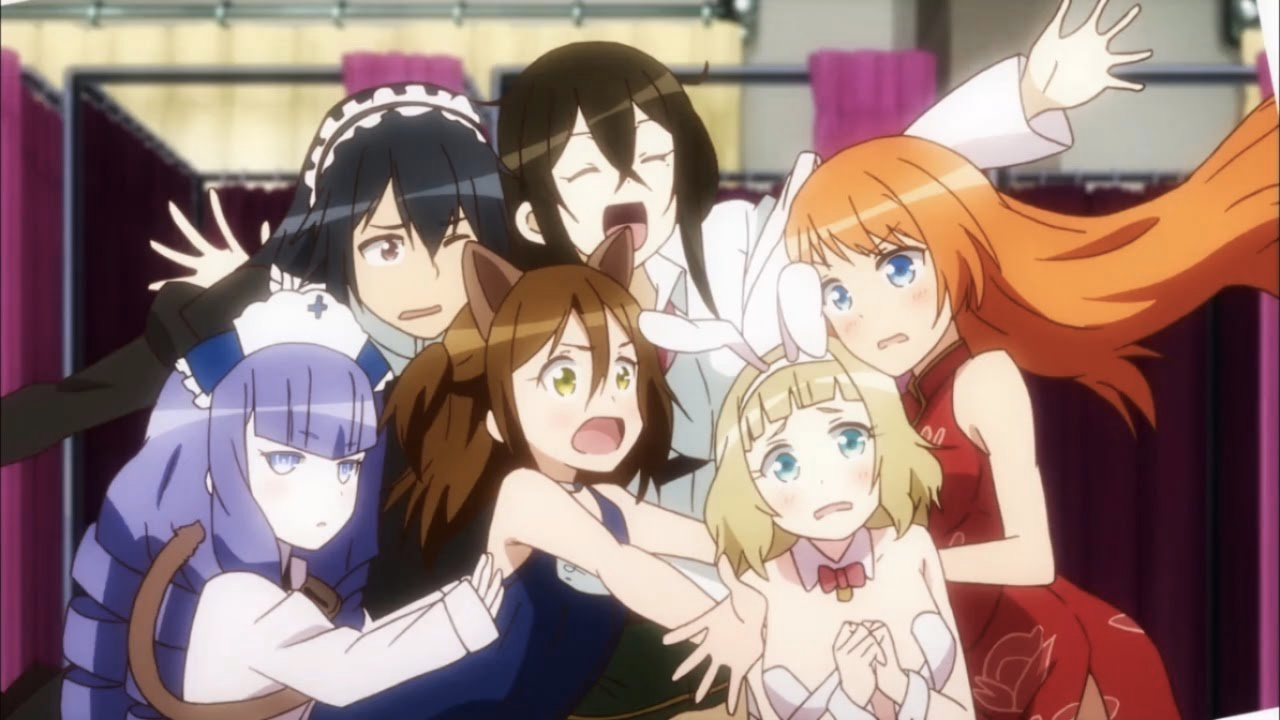 The anime is really similar like the Hundred with a school where students are specialized to fight supernatural beings, combat missions, both the leads have special abilities.

The Antimagic Academy is a powerful school that educates future witch hunters whose job is to find and stop magical threats and dangers.

World Break: Aria Of Curse For A Holy Swordsman 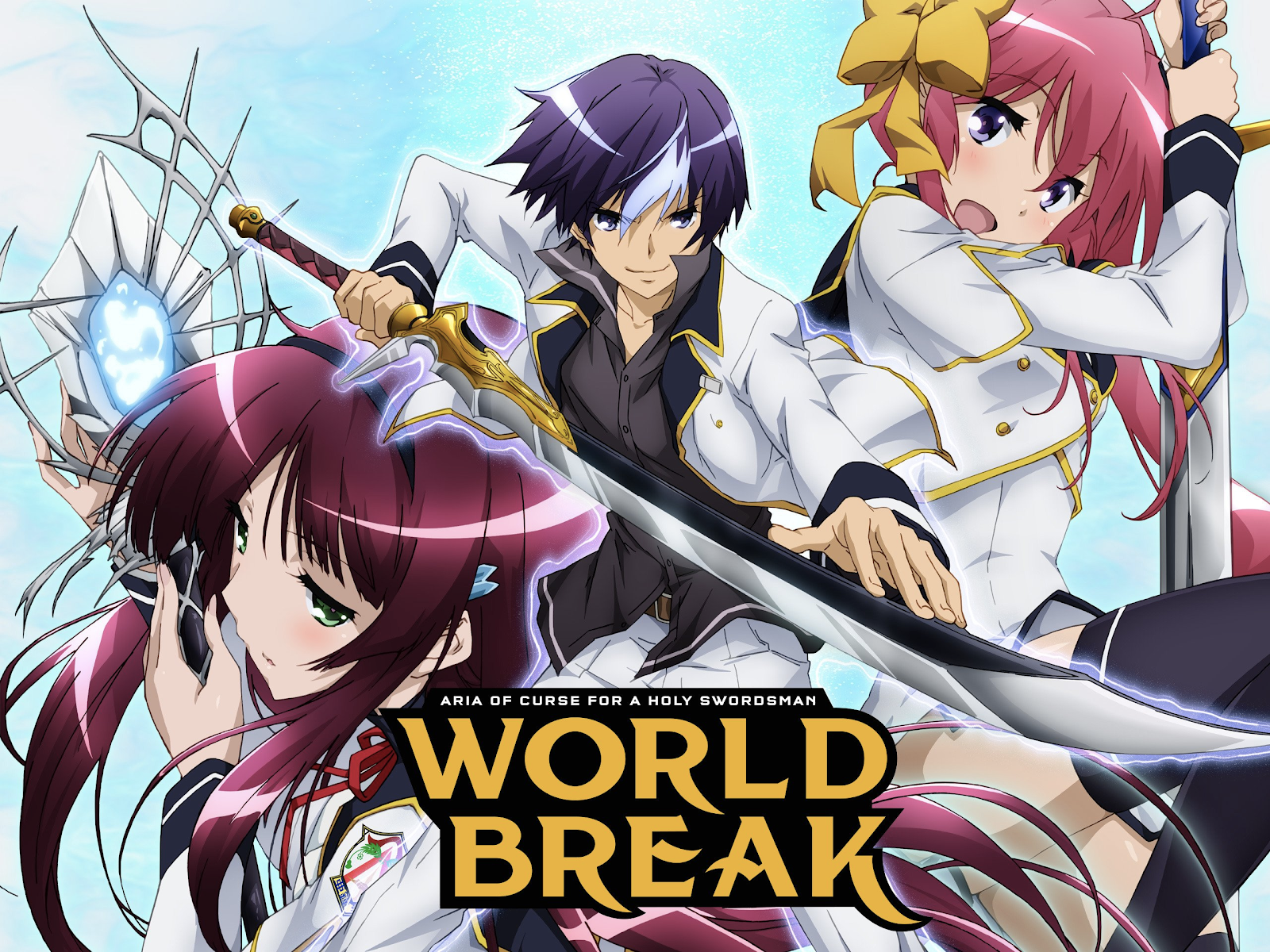 The main characters in both the anime is a boy who is more powerful than others. Both the series have a plot about weapons and armor and mysterious life forms or monsters.

In Hundred it is savages but in World Break it is Metaphysicals. Also, the Hundred and World Break anime have same genres.

World Break anime takes place at Akane Private Academy where students have memories of their previous lives and are being trained to use Ancestral Arts so that they become defenders against monsters, called Metaphysicals.