Dragon Ball Super Season 2 has been delayed for the longest time ever and now fans are growing impatient. We’re in year 2020, and we still don’t have any word on Dragon Ball Super’s return.

We can’t help but wonder if there even is a Season 2 for the anime. Although, no official news have been released but we are here with the expected release date and an explanation for the delay.

Dragon Ball Super was first aired on July 5, 2015, and audience we head over heels in love with the anime!

Till date, 131 episodes were released with the title of the last episode being “A Miraculous Conclusion! Farewell, Goku! Until We Meet Again!” and fans have been anticipating Dragon Ball Super Season 2 to return since then.

Rumours have that Toei Animation, the studio behind the Dragon Ball Series have already started on Season 2 but no official news has been released yet. Although there have been hints here and there, for a new second movie in the works  after the release of the Dragon Ball Super Movie.

However, Dragon Ball Super manga has been continuing for a while and even though the anime has stayed away from the Manga plot, chances are that the Moro arc will be adapted for the second season of the anime.

Everything about the upcoming Dragon Ball Super 2 is only a rumour right now and nothing has been officially confirmed as of yet.

But with all that there’s one question in everyone’s mind.

When Is Dragon Ball Super Coming Back

The Dragon Ball Super Manga has been coming out consistently and is nowhere close to ending right now, so we are hoping the anime is not ending either.  The anime release has been stretched too far now but the fact the manga is continuing indicates that we are in for a Dragon Ball Super Season 2 as well.

There were news doing rounds on the Internet as the Season 2 of the Dragon Ball Super anime will premiere in Fall 2020 but we have not heard anything regarding that from Toei Animation yet.

Owing to the current COVID-19 situation, many anime and manga titles have been delayed and this may be one of the reasons behind Dragon Ball Super anime season 2 not releasing anytime soon.

However, according to some unofficial sources on Twitter, The Dragon Ball Super Season 2 anime may start airing in July 2021 and the probability of it releasing in 2021 looks strong.

As per an article by Newsweek, the Season 2 has been in pre-production since September 2018 and given the information is true, then the chances of Season 2 premiering in 2021 increases greatly.

When Will Dragon Ball Super Return

Amidst tons of rumours that are existing, and it is difficult predicting the truth and false. However, we do know one thing, Toei animations has not yet announced anything, and therefore, we should discard all the leaks coming out for now.

But, there is indeed a good news for the fans, as we do know that another movie is supposed to come out after Dragon Ball Super Broly, and it seems the company is focusing on the movie first, and after its release, we might expect next season! 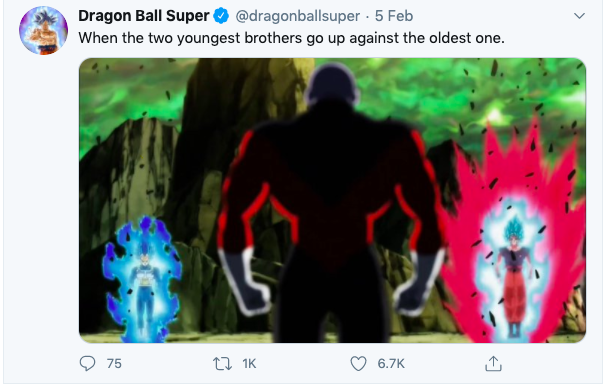 The main plot of Dragon Ball Season 1 anime was the tournament of power arc but things went differently with the manga.

As of now, the Moro arc is going on in the manga and fans are expecting that it may be the main focus of Season 2.

Moro is someone who has haunted the universe for thousands of years and gets his powers by destroying life force from planets which is why he is a threat to the multiverse.

Goku and Vegeta have trained hard to go against Moro but will their new powers be enough to face him?

We will keep you updated with all the latest news from the anime world, so stay tuned and follow us to that get the news regarding the Dragon Ball Super Season 2 release as soon as it gets announced.