If you’re a fan of anime with lots of drama and complex romantic relationships Yuri Anime series should be in your must watch anime list.

Yuri Anime not just focus on same sex relations, which are still somewhat taboo in Japan, but it also explores the difficulty faced while coming to terms with your sexuality, especially when you develop feelings for close friends.

This is often the main plot in Yuri Anime which sets up the romantic genre which one can enjoy with an open mind. Lets explore some of the fantastic Yuri Anime of all times : 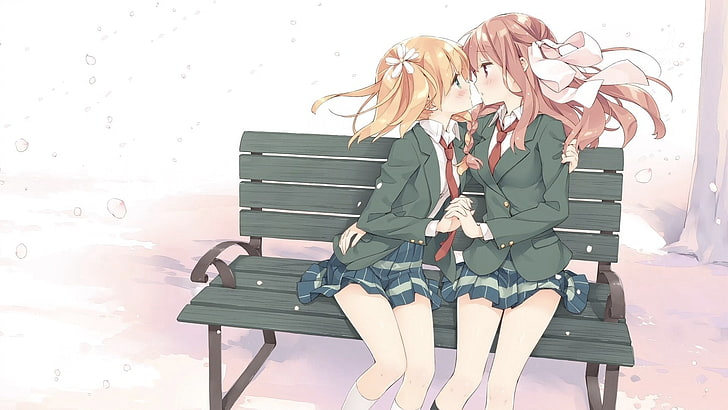 Sakura Trick tells the tale of two best friends in middle school. When they move to high school, they are in the same class, but as one begins to make new friends, the other gets jealous.

In order to deepen their friendship, they decide to do seal their friendship with a – kiss. However, that kiss awakens new feelings in them both. The anime goes on to explore innocent romance brewing between them and the drama that follows later. 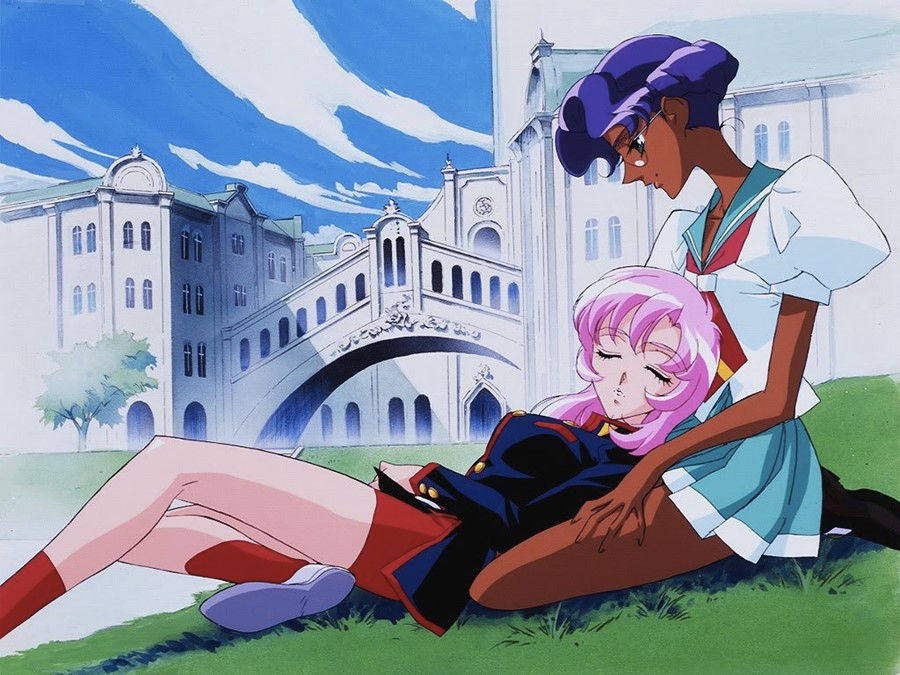 Revolutionary Girl Utena is not only one of the first yuri anime series, but it is the type of anime that you can watch over and over again while still making a new discovery every time.

The Yuri anime follow Utena, who transfers to her new academy and wears a feminine version of the male uniform. She openly declares her dream of becoming a prince and it becomes a complicated story of academy politics with controversy on gender and sexual identity. 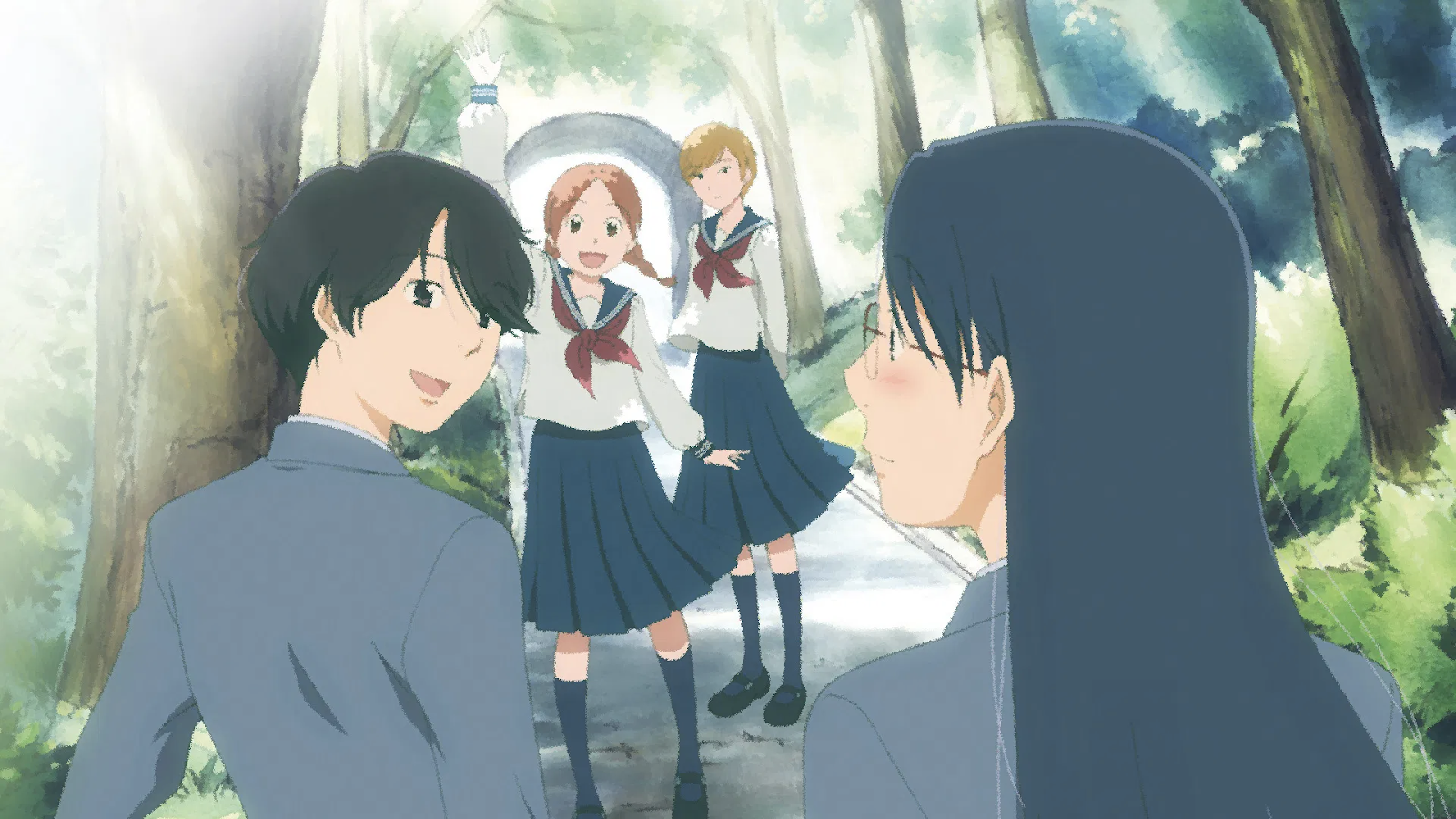 If you are looking for a Yuri anime with sweet, innocent and touching love story, Sweet Blue Flowers is the one. It is about the story of two childhood friends that separate when one moves away, but reunite as freshmen in high school.

The story focuses on them conquering all the troubles of high school life while also trying to reconnect with each other. This yuri anime takes place in a world where gender and sexual identity doesn’t work the same way as it does in the real world. Interestingly, everyone is a form of gender-neutral until they turn 17, after which they must choose their own gender.

It follows the tale of young pilots who are gender-neutral, but have grown feminine to some extend during their neutral-ness. But not really since they haven’t actually decided on a gender yet. 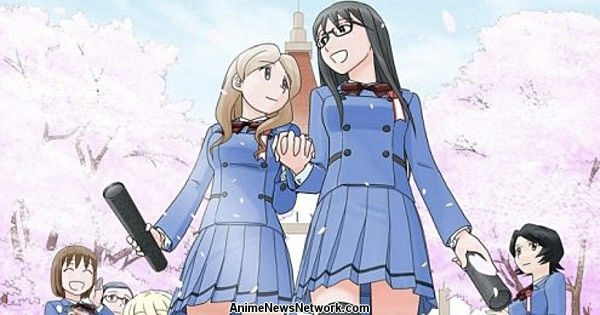 If you’re not into “strong subtext”, then Whispered Words should be one of your first choices in yuri anime series. It features Ushio who isn’t afraid to announce her interest in girls.

Her preference is the cute, shy, and feminine type. The problem is that her best friend has a secret crush on her, but she is definitely not cute, shy, or very feminine.

The story depicts how being gay in a Japanese high school is isolating, and as they discover other gay students, they form a club to help strengthen each other. 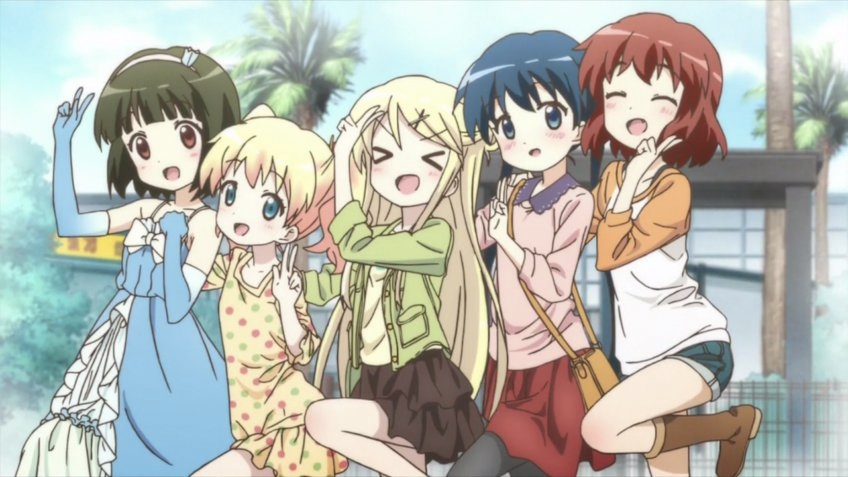 The anime doesn’t have much of a plot but just cute girls doing cute things. Of course , there is comedy comedy that goes with, but they also mixed some yurie in there.

Inugami-san to Nekoyama-san is like those videos in which a dog and a cat end up as cuddle buddies in an anime form.

Nekoyama and Inugami  are the two leads. While, Nekoyama is a shy dog lover, Inugami is a friendly girl that loves cats. They meet and develop feelings for each other despite being completely opposite.

After her grandmother dies Kana is left alone and moves into a newspaper carrier as a live-in delivery girl. However, her room has a hole in it that her co-workers use to let themselves in.

The anime aims more at comedy than Yuri relationships, but you will find lots of naughty moments throughout the anime. 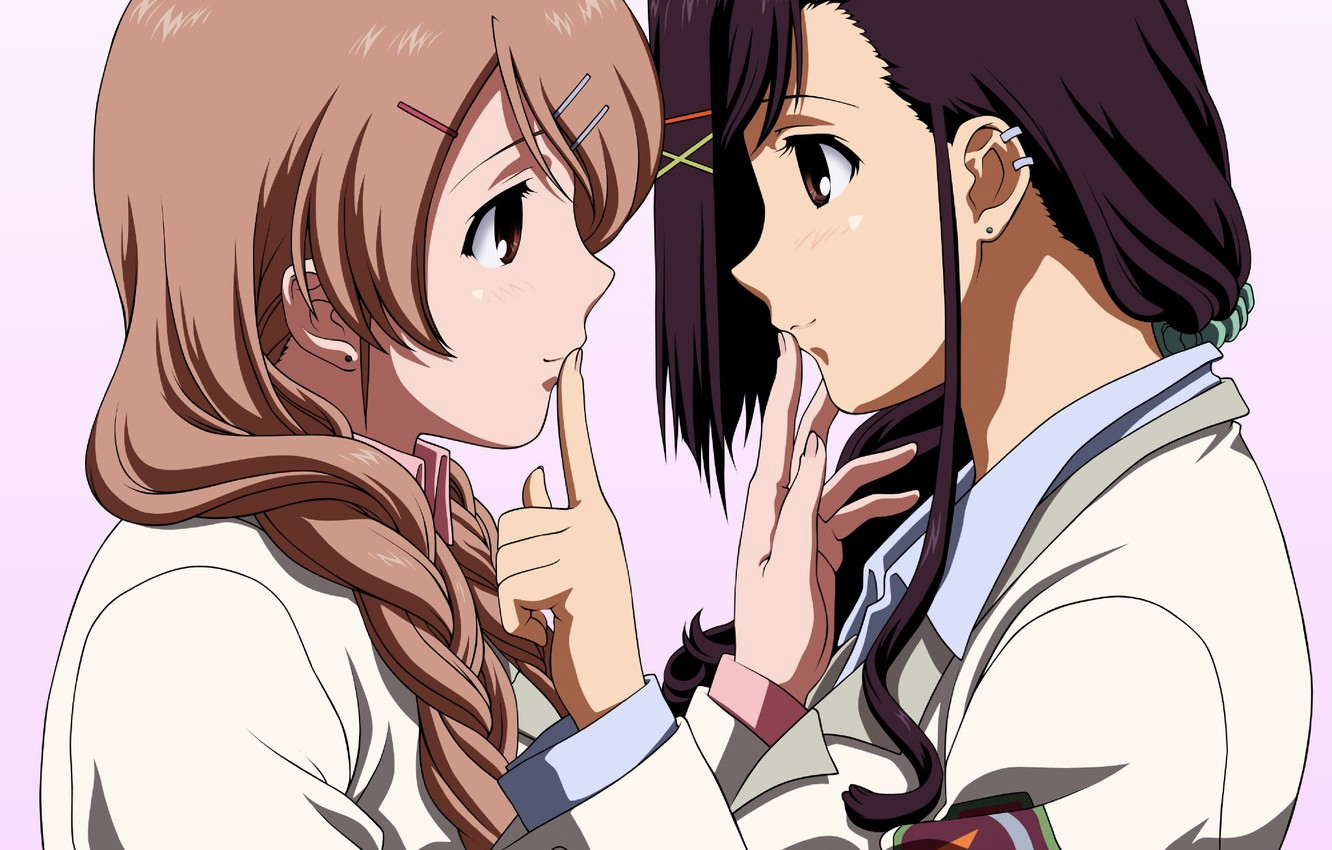 Candy Boy features two sisters who are actually twins, but they are just so gay with each other. There’s not much about the plot other than two sisters attracted to each other in a yuri way, and their clingy class man that always interrupts them because she has a crush on one of the sisters. 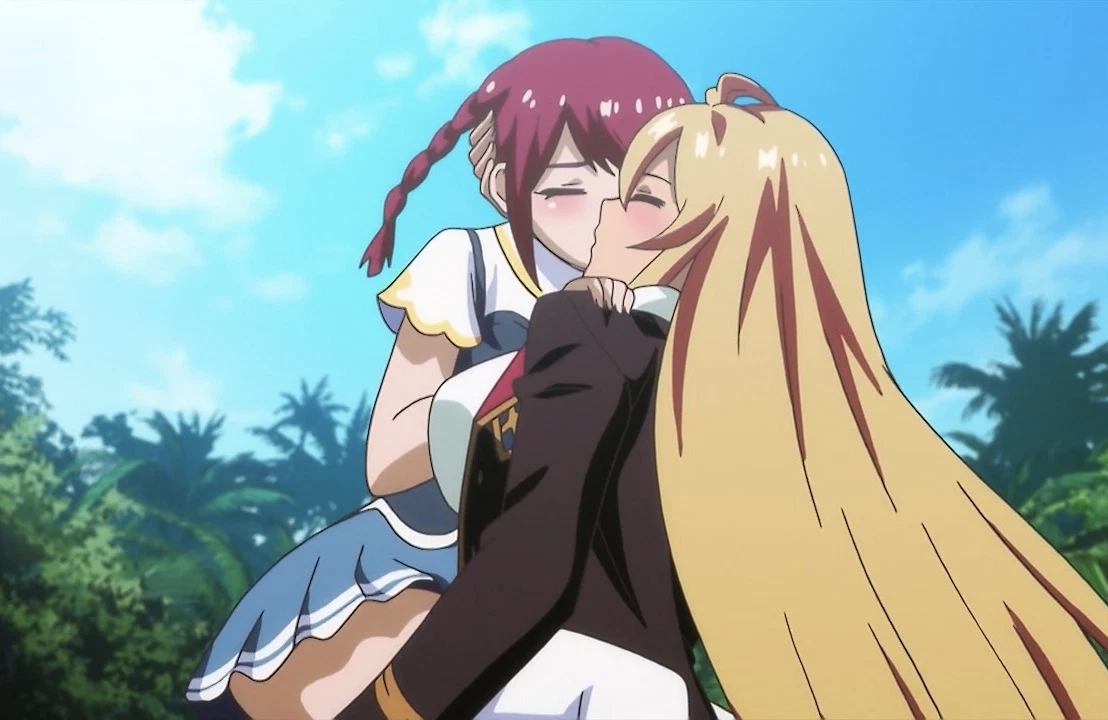 This series follows a high school girl that gets kidnapped and is left stranded on an island. She meets another fellow victim that kisses her and uses her to turn her into a weapon.

From here on, the two fight and form friendships with other lady duos. The plot of this Yuri anime may not please everyone but it sure has a lot of naughtiness in it. 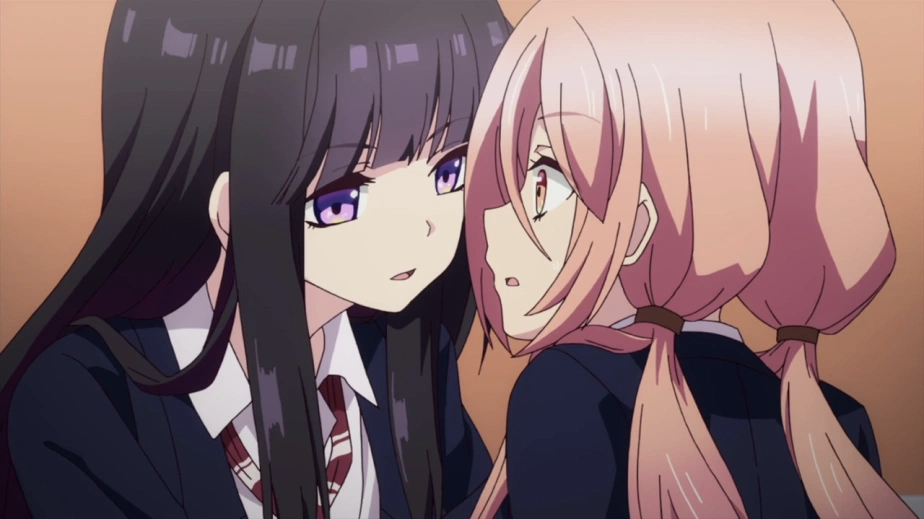 This new yuri anime is rather debated about being trash, a masterpiece, or wonderful trash. Beside being one of the graphic yuri anime series out there it is actually pretty sad too.

Beside the cucking plot, there lies a surprisingly emotionally complex story in the anime. 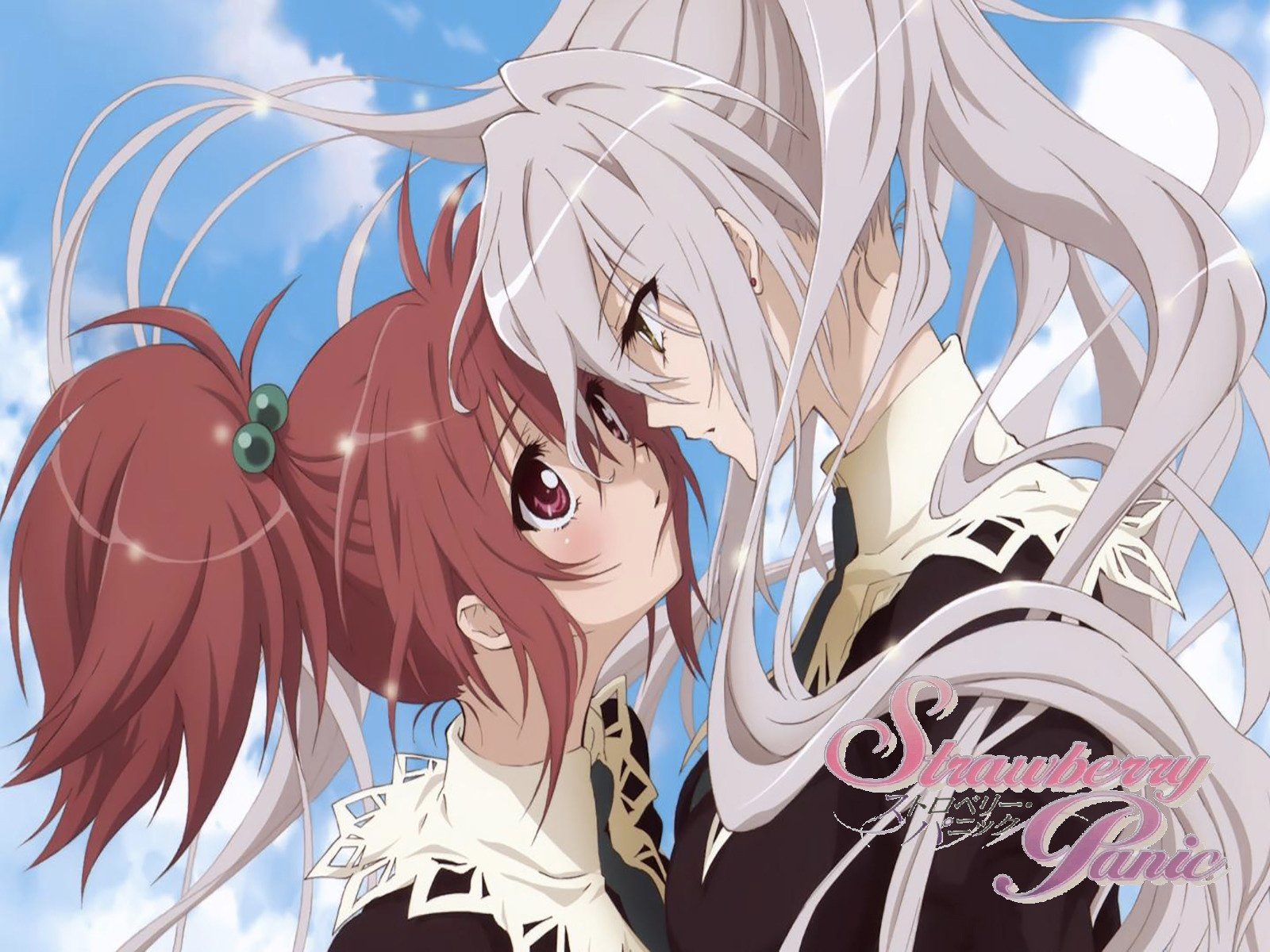 Strawberry Panic is the yuri anime that follows a newly transferred student to an all-girls Catholic school.

There she catches the attention of the a really famous girl and both continue to discover each other.

Strawberry Panic is a classic yuri anime, not just for its cliché plot, but because it maintains an alluring balance of adorable and strangely sexy.

Destiny of the Shrine Maiden 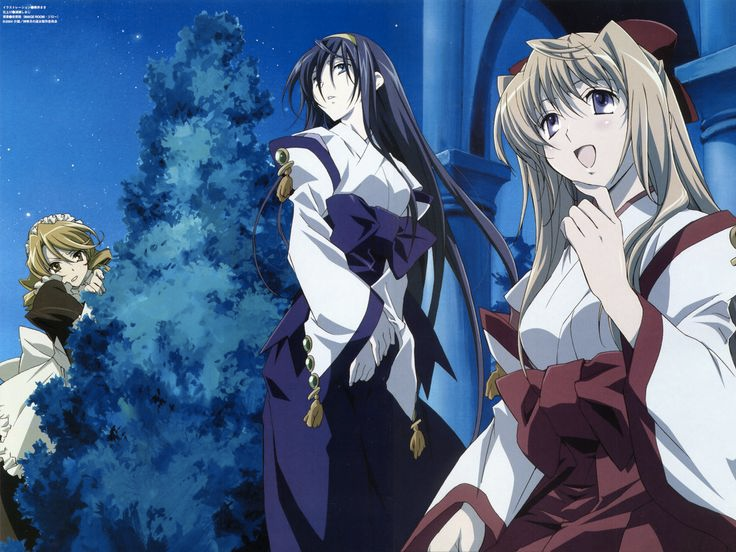 The Destiny of the Shrine Maiden starts off dull, but  the more you watch, it actually gets better.

The anme first creates a love triangle between a boy and the two girls, but the boy ultimately losses and thus it becomes a. Yuri anime! The yuri relationship between the girls  is on point and you also get some cool mech battles too. 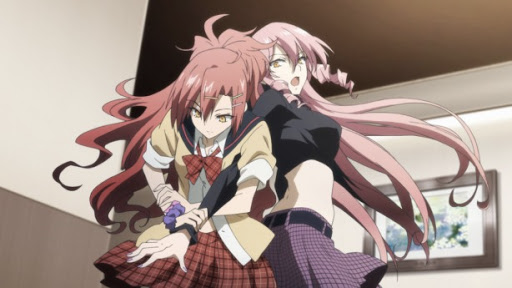 In Akuma no Riddle, a group of assassins are tasked to kill the non-assassin classmate for a big payout. They however have only one shot at it.

While the problem arises when  one of the assassins develops feelings for the girl she is supposed to kill, and thus protects her instead. Yuri assassins? Seems interesting. Apart from the essence of Yuri anime, you get to see a lot of fighting scenes too.

Yamibou is a tale about the forbidden love between two sisters. Hazuki is a tall, dark, and brooding type that has always been infatuated with her sister Hasumi. 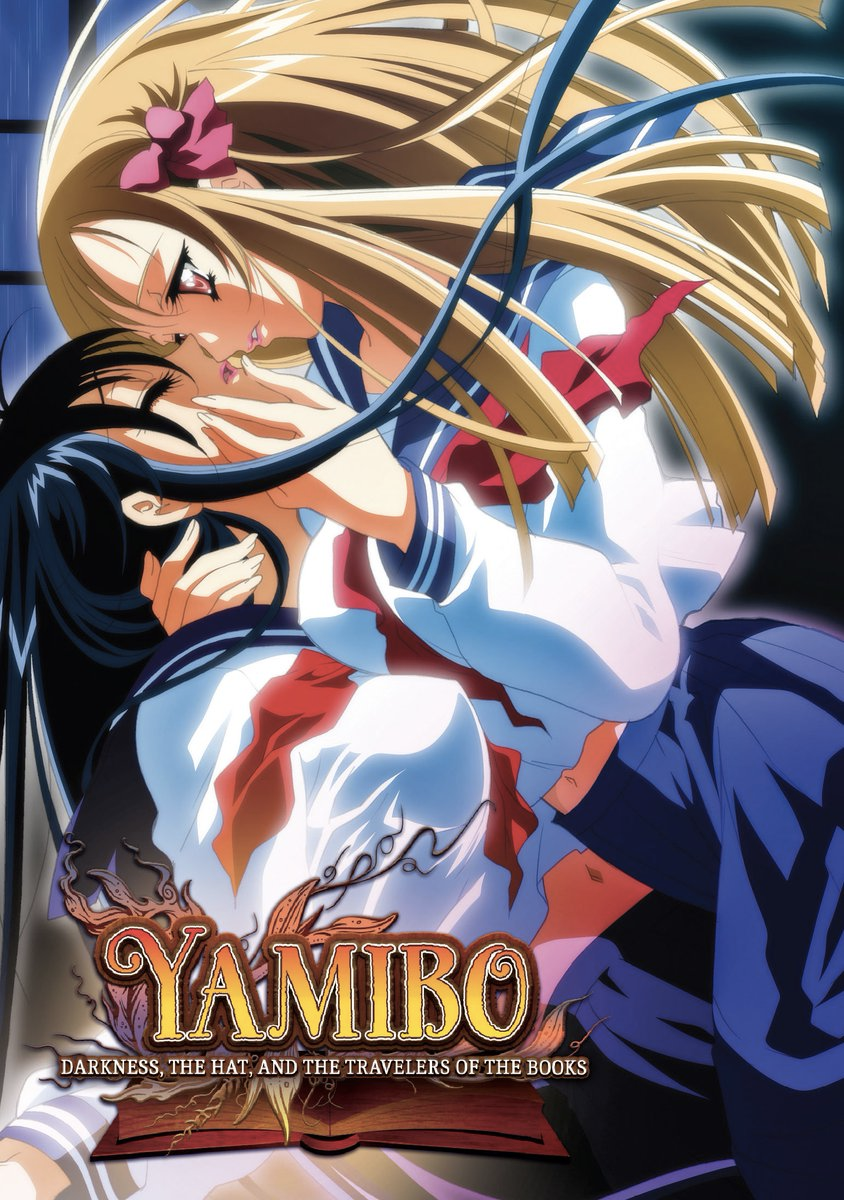 However, when Hasumi disappears, Hazuki meets a talking bird who is also looking for her sister and together they search for her by entering the different realms through books. 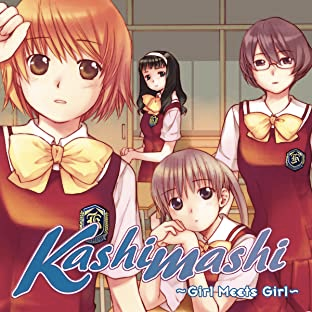 The anime starts with the tale of a guy liking a girl, the girl is not straight, and rejects the guy.

As a plot twist, the guy gets crushed by aliens, and they bring him back as a girl. The unfortunate thing is that while he may now be a girl, he is still very much of a guy from inside, which kind of takes away the Yuri from the romance.

The Virgin Mary is Watching You 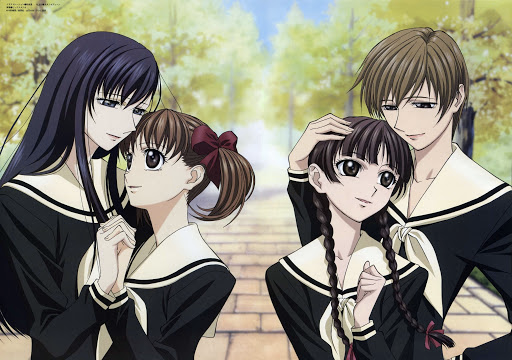 Marimite, as it is popularly called, is a classic tale about yearning. It focuses on the multiple relationships between several girls at an elite catholic school.

The girls yearn for each other, be it openly or in secret, and of course their relationships seemed destined to be curtailed in one way or another by adulthood. Some consider all those Yuri feelings as a phase, and this anime depicts the real complexity of that notion. 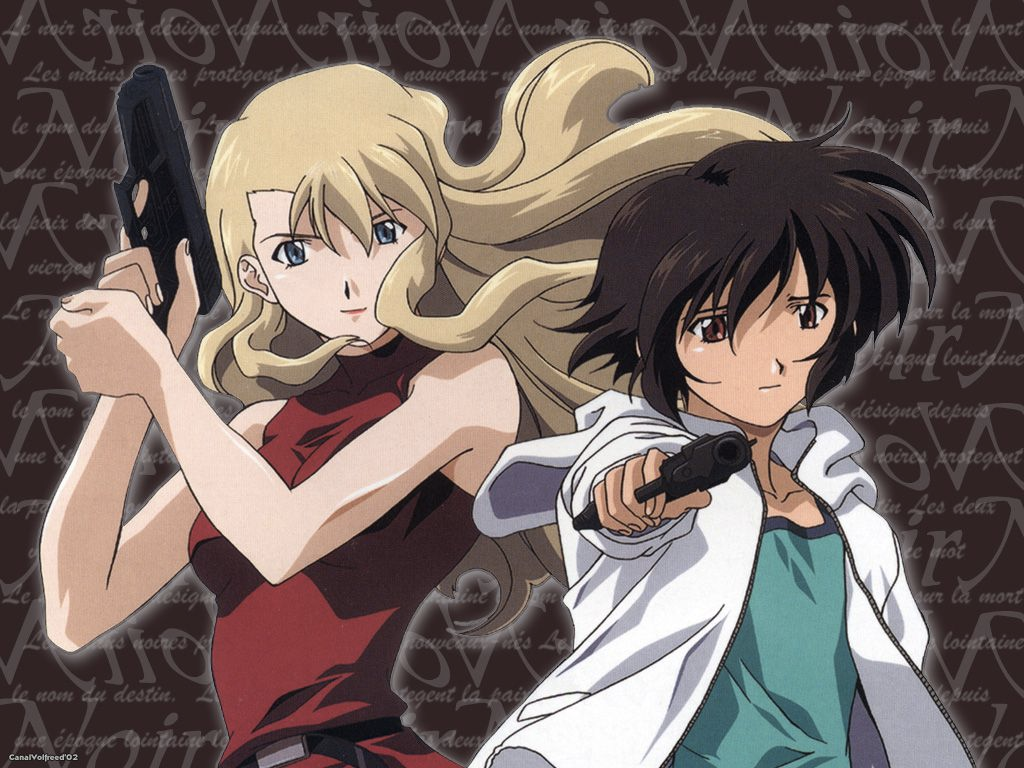 Although this series is not a pure yuri anime, however, it is one of those female-centric series where the subtext is very obvious, but it never takes that real first step.

It follows two unrelated female assassins, pursued by the same Illuminati group. They meet and begin to learn more about each other and their connection to each other. The anime has an interesting plot and packed with lots of action scenes too. This series may not be a mainstream Yuri anime but carry strong hints of yuri. You might not get the kissing and Yuri essence, but Ms. Kobayashi’s Dragon Maid is a real fun watch.

The main plot is Kobayashi after getting drunk, wanders into the forest, and saves a dragon. As a repayment, the dragon decides to work as her busty Victorian-style maid as it is capable of changing into human form. 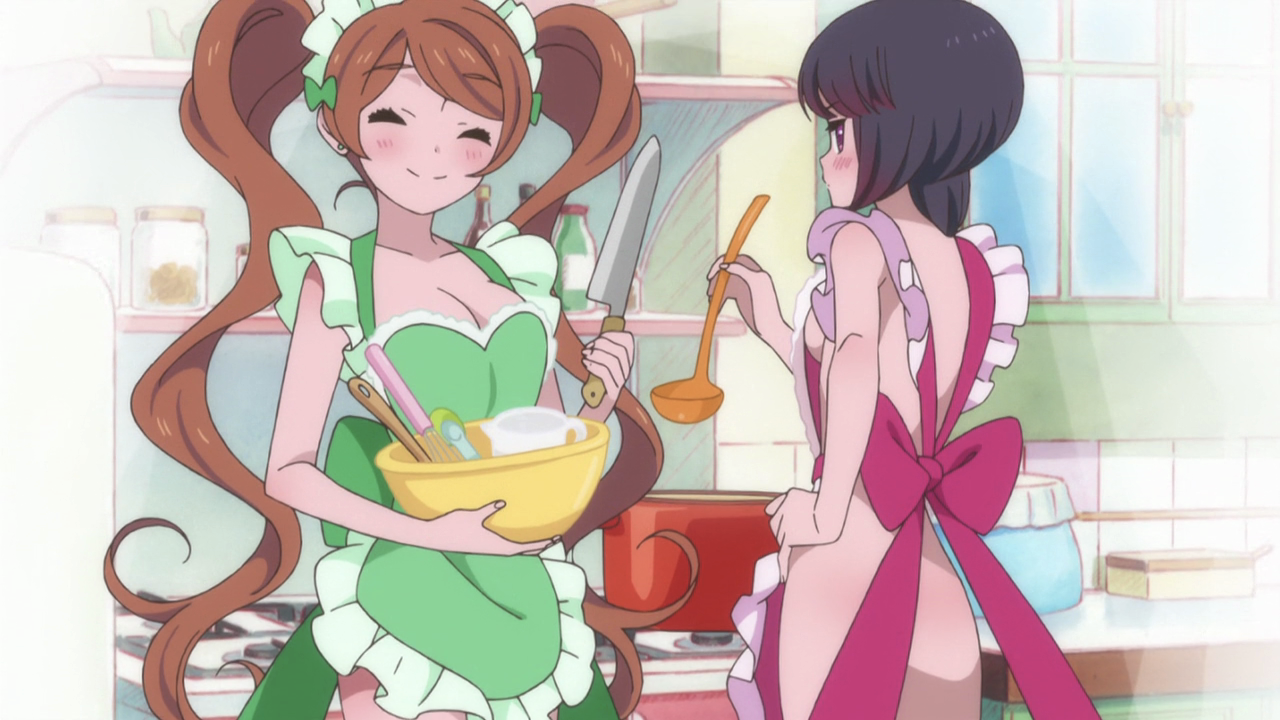 In Yuri Bear Storm, bears suddenly crave human flesh and bears and human can no longer co exist. Thus, a wall is built between them. Two bears, disguised as humans, sneak across it and infiltrate a school, where they kill a girl’s lover, then fall in love with her.

There are lots of Yuri anime out there and if we forgot to mention your favourite Yuri anime, let us know in the comment section below.